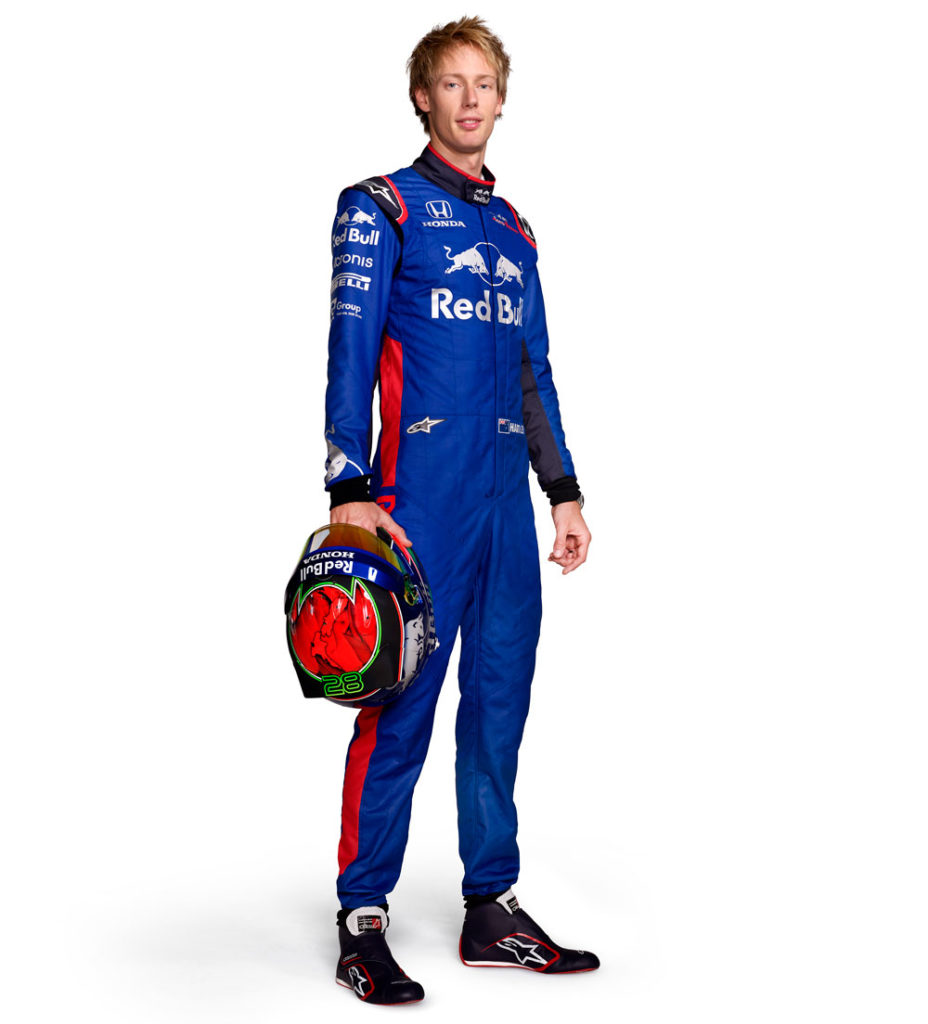 When he first turned up in the Formula One paddock back in 2008, he looked more like an aspiring rock star with his blond hair and baggy jeans than a test driver. He can actually play the guitar, but he prefers to leave the live performances to someone else. Behind the cool exterior was a shy young man. He was only 19, but already had 13 years’ of experience as a racing driver. He started with go-karts at the age of 6, inspired by his father Bryan, who drove in various racing series. Brendon’s older brother Nelson, named after Nelson Piquet, was already ten when Brendon was allowed to join him for the first time. His older brother was faster, and Brendon still remembers the sleepless night that followed. “That was when I realised that I can’t lose. I want to win. In everything I do.”

Back home in New Zealand – Brendon Hartley grew up in Palmerston North on the North Island – where he launched into formula racing. After a series of wins in Formula Ford amongst other series, it was soon evident that he had the talent to make a career from racing, but lived at the wrong end of the world. At the age of 16 he leapt in at the deep end – Europe. He took up quarters in the east of Germany and raced in a two litre Formula Renault in the German and European Championships. In 2007 he won the World Series by Renault, a win that would become a defining time for him in a foreign country. He joined the Red Bull talent pool and worked hard. “It’s quite simple, if you don’t put the effort in, nobody is going to invest in you. I couldn’t have gone on without it. There was a lot of pressure, but most of it was from me anyway.”

He had a Formula One contract up to and including 2013 – first as a tester for Red Bull Racing, and then for the Mercedes AMG Petronas Formula 1 Team. His simulator work was highly regarded, which the F1 teams used to cushion the restrictive test requirements. But a racing driver has to race. In 2012 he started his second career as a long distance racer, and what a career it’s been since then. Competing in the European Le Mans Series, Grand-Am, Bathurst 12 Hours, 24 Hours of Daytona and the 24 Hours of Le Mans all paved the way to the ultimate goal, “I am always open for anything with four wheels and an engine. But my goal and hope was that one day I would attract the attention of a manufacturer. The fact that it was Porsche, the most successful brand at Le Mans – was a dream come true.” The 24 hours of Le Mans is the most emotional race in the world for him: “It’s an emotional roller-coaster – I’ve never seen so many grown men with tears in their eyes.”

Since 2014, Brendon has been part of one of the most hotly anticipated returns to Endurance racing. Competing in the FIA World Endurance Championship aboard the Porsche 919 Hybrid with teammates Timo Bernhard and Mark Webber, the successful trio secured several race wins and in 2015, the overall championship title. With Webber opting to call time on his career at the end of 2016, Hartley and Bernhard were joined by another Kiwi, Earl Bamber. In 2017, this super trio would go on to achieve a significant career milestone, by winning the 24 Hours of Le Mans, on route to lifting their second FIA World Endurance Championship title.

When Porsche chose to conclude their endurance racing programme at the end of 2017, it was back to the drawing board for the all-conquering Hartley, who now by his own admission was a much more complete package. First on his list, a call to the highly regarded Dr. Helmut Marko. The simple and short call, to make it known that he was ready, would lead Hartley to secure his second significant milestone in the same year, his maiden Formula 1 Grand Prix Start at the United States Grand Prix in Austin. Impressing on his debut, Hartley would go on to complete the 2017 season, while also earning himself the chance, at last, to fulfil his life-long ambition of a full season in the 2018 Formula 1 World Championship.

Three top ten finishes and four world championship points are not a true reflection of his year, in a season that was marred by bitterly disappointing bad luck on several occasions. Despite being dropped by Toro Rosso after the final race in Abu Dhabi, Brendon’s infectious personality left a lasting impression on many, with a massive outpouring of support following the news that he would not return to the Formula 1 grid in 2019.

It wasn’t long however before several opportunities came flooding in for the Kiwi driver. In 2019, his work with Porsche resumes as they prepare for their debut in the FIA Formula E Championship. Ferrari have also come calling, enlisting his highly regarded services as a simulator driver to aid their 2019 bid to return to overall Formula 1 glory. Finally, a return to endurance racing beacons for Hartley, with 2018 Le Mans 24 Hours winners, Toyota, signing Brendon to act as their reserve driver for the 87th 24 Hours of Le Mans in 2019. This will be the beginning of a full time return to Endurance Racing as Hartley will form a permanent part of their driving line up for the 2019 / 2020 FIA World Endurance Championship.